Now is the time to heat up if you’re the Blackhawks.

It’s officially Blackhawks season now. Baseball is over. The Bulls suck. So please, like my sport.

The Hawks are 9-8-2 right now and it hasn’t been pretty. Power play has been awful as well as the defense. Corey Crawford has been outstanding even in losses. It just seems like the Hawks haven’t broke out yet. They played a great game Wednesday night, ending the Rangers 6 game win streak. Pittsburgh is tonight and Tampa Bay is on Wednesday so if they want to get hot, the time is now. 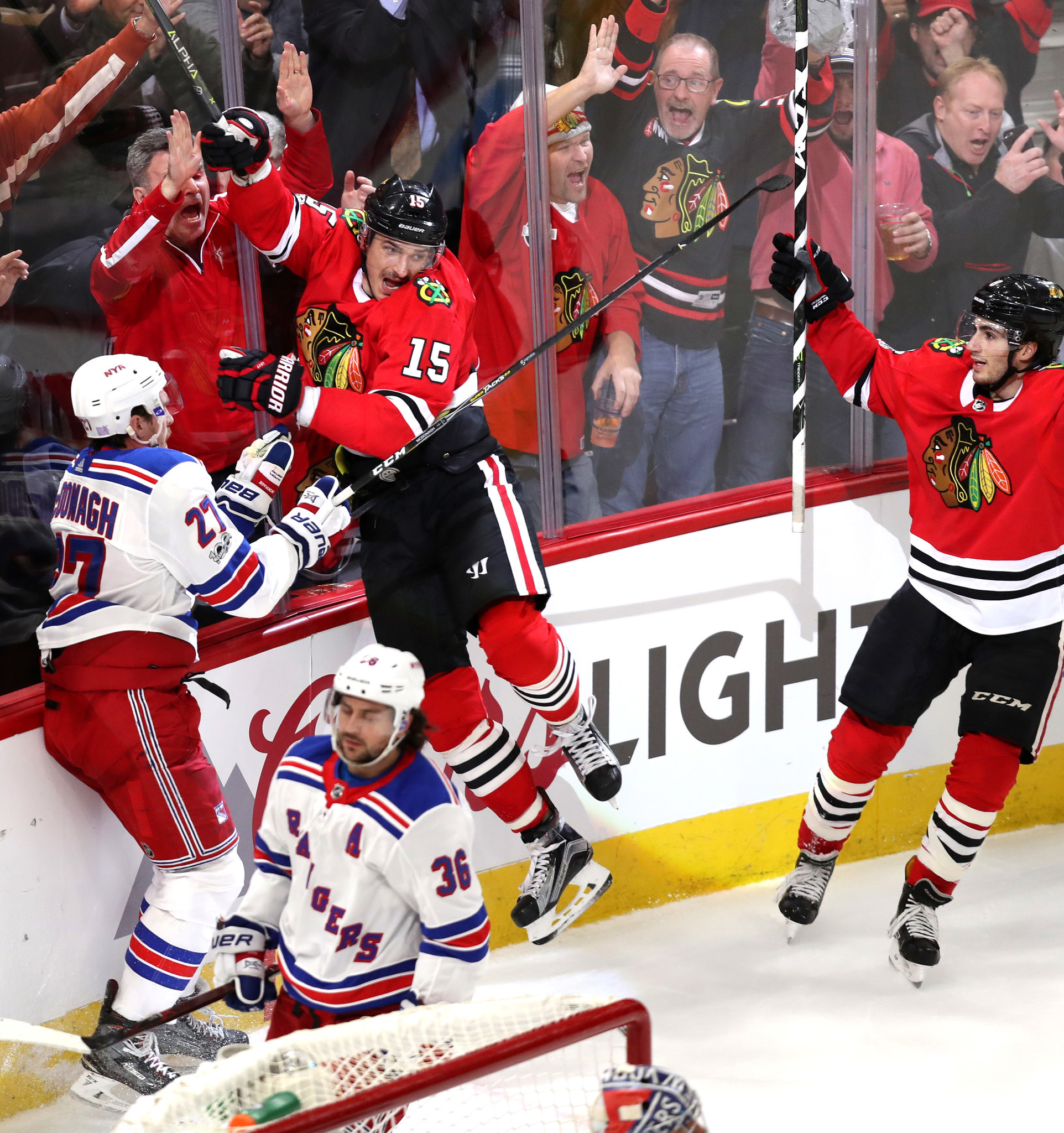 The Penguins have been doing alright to start the season. The defending champs are 11-6-3 after the Hawks diced them 10-1 on Opening Night. They’re great on the power play which always makes them a scary team, but their PK is awful. The Blackhawks are a complete opposite with a top PK, but a bottom 3 power play. So honestly, it could go either way. Phil Kessel leads the Pens in points with 24. He also leads in goals (8) and assists (16). I think this will be a great Saturday night game, and if the Hawks play as well as they did against the Rangers then they should win.

Now for the Lightning. They’re insane. 15-2-2 is the best in the league. They have the 2nd best power play, top 6 in penalty kill, and one of the best goalies in the league. Steven Stamkos leads the league in points (35) and assists (25). The Lightning also have the league leader in goals, Nikita Kucherov, who has 17 so far on the season. Listen, the Lightning are good. Really good. If the Hawks can beat them in Tampa on Wednesday, then it’ll be huge for us. We’ll see how it plays out.