Mic check. Where did the Cubs get that microphone from?

Hello? Is this thing on? Testing. Hello? *taps microphone* 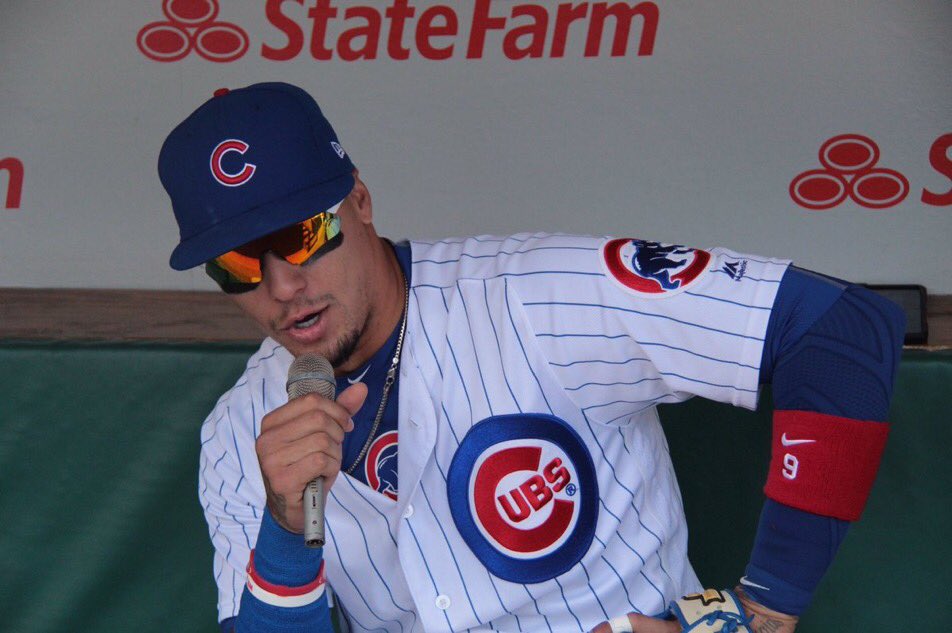 “It’s a beautiful day for Cubs baseball here on CSN.”

But, what about interviewing your own teammates? For the past few days, we’ve been seeing tiny glimpses of Cubs players holding a microphone in the dugout. It seems on Wednesday players like Ian Happ, decided to try and run Kelly Crull out of her reporter job. After Kyle Schwarber’s 3-run homer in the 4th, Happ went over to get Kyle’s thoughts on the oppo. Watch here:

I didn’t know they allowed reporters in the dugout during the game. I’m sure they made an exception for Happer though because he wasn’t done just yet. Here is Ian interviewing Tommy La Stella after his 2-run homer in the 4th.

Where did this microphone come from though? It was taken by none other than 3AM himself.

Apparently, La Stella found a mic at Wrigley Field in the old interview room so they brought it with them for "in game interviews."

First, the Jonathan Herrera helmet hat. Then, dancing bullpen. Now, the player on player interviews. That’s Cub. That’s sooooo Cub. This is all I wanted from this Cubs team. A few months ago, I wrote something about how the Cubs need to have fun again. Bring a whole zoo into Wrigley again. Have a mime or magician in the clubhouse. I don’t know. This could do the trick. I need this to continue though.

If you want to see Ian Happ and Kyle Schwarber talk about their “interviews” post-game, check out the links below.

Happ talks on his interviewing skills.

Schwarber on his interview with Happ.